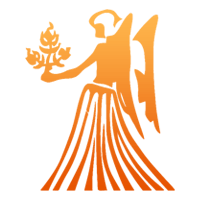 
The sign of Virgo is ruled by Mercury. Thus, this sign has a predisposition for financial genius. Virgos know how to make good use of all situations. Their character is defined by their sense of order, restraint, and often by their willingness to sacrifice. Virgos are more prone to focus on the troubles and plagues of this world than to pay attention to its joys and pleasures. They don’t take much time for breaks or cheerful socializing, and they’re not particularly interested in sexual experimentation or chasing ecstasy.

The strong point of Virgos is their intellect. They are curious, and constantly trying to further their education. Even as children, they want to know everything exactly. They try to live their lives according to an optimal strategy. They see life from the perspective of reason and will latch on to useful information in order to deploy it in the future. They are seldom fast asleep; rather, they are always prepared in case they need to be ready for action. Mostly, they have good sight and an excellent sense of hearing, so that nothing escapes their keen perception. Despite their curiosity, they are often skeptical of new things, and they start off by analyzing until they know every detail. They are able to imagine the consequences of their actions.

Virgos are orderly, dutiful and helpful, but often quite pedantic –a speck of dust on the carpet can really annoy them. They like to criticize, which also makes them unpopular sometimes, and yet, they can hardly take criticism themselves. Thanks to Mercury, Virgos are very good at imparting their knowledge and skills. Since Mercury is also the God of youth, Virgos like to be surrounded by young people. Virgo is therefore also the sign of pedagogy.