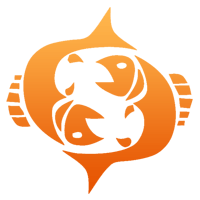 
This sign is ruled by Neptune, but Jupiter also gets involved sometimes. Those who are born under Pisces often develop strong internal powers. Still, they’re usually anxious to hide this ability from other people.

In essence, Pisces are rather shy people, even though they often conceal this fact with exaggerated assertiveness. More than any other sign of the zodiac, Pisces has two souls in its breast, one of which wants to separate from the other. The contradictions in a Pisces’ character are not that easy to understand. At their core, they are capable of anything. In extreme cases, the most considerate wallflower becomes a fugitive, or the so-called small fish becomes known as a great white shark. This aspect of their character corresponds to the constellation that represents this sign: it consists of two fish, each of which swims in a different direction. In their nature, this is perceived as one side pushing into the world, while the other tries to escape. This is why this “double headed” sign, at home in an ocean of feelings, can also represent people with an incredible work ethic and their feet solidly on the ground. As a rule, though, Pisces are gentle and peaceable people. They live in a dream world, which is their retreat when life plays a dirty trick on them.

In each Pisces slumbers a mystic. Their inner world is concerned with transcendence, the profound, and the immaterial. Should they concentrate their efforts on the material world, they are at risk of falling prey to financial speculation: they are likely to be deceived and disappointed. Their deepest feelings are often hurt by ruthless individuals. There is hardly any other sign of the zodiac that experiences compassion as deeply as Pisces, but then again, few signs have as many occasions to suffer. Because of their vulnerability, they often abscond from the world; in this pursuit, they run the danger of becoming addicted to alcohol.