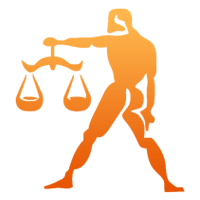 
Venus rules both Taurus and Libra, but its sovereignty has a different meaning for each. Taurus is defined by the “earthy” aspects of Venus, while Libra is linked to the “ethereal” side of the Planet of Love. Libra, the scale, unites contrasts. Therefore, the Libra Venus stands for an enduring love based on an equal partnership, because she has spiritual roots and understands the ethos of responsibility.

People born under Libra live with a rhythm of comings and goings. They seek balance because they are constantly swaying. Like the symbol of their sign, the scale, whose pans lower first to one side and then the other, Libras are never totally balanced. Their mantra would seem to be “on the one hand, but on the other…”.  In debates, they formulate their arguments in such a way that there is always another route left open. Libras are in a permanent process of maturation, which can lead them through ups and downs—yet, their optimism is hardy and never deserts them.

Libras tend to be cheerful people: they exhibit a mixture of comfort, laziness, friendliness, and stimulus. Like Taurus, they love the finer things in life, but in a more spiritual sense. Most of all, they thrive off of communication with others. Alone, a Libra is like a scale loaded only on one side. As their self-esteem is not particularly great, they find it difficult to hold one opinion resolutely, and will always appear to be a bit indecisive. Before they bring themselves to do something, Libras will weigh every option and talk about their decision with their friends. Social appreciation is very important to them. A repudiation of or disturbance to the harmony around them can cause great desperation. They are hardly ever swayed by their own subjective feelings or prejudices because they have such a strong sense of justice.